I really enjoyed the interview with Joe Masco from the most recent Cultures of Energy podcast. The pod is always good–funny and light but also rigorous and thought-provoking. I recommend. Anyway, towards the end of this episode, the conversation shifted to a discussion about the role that certain images played in producing the logics of national security in the Cold War, and the perils of repeating those practices as the security/insecurity narratives shift to address global climate change. The hosts Dominic Boyer and Cymene Howe toyed with the idea of t-shirts imploring the population to resist both the nuclear and the climate sublime.

After a long day teaching with a beast of a head cold, I didn’t want to grade. So, randomly, I made these. I don’t think they’re ominous enough, nor do they get at the intensity of these sublimes, but they still allowed me to feel productive while I watched a basketball game. I’m lucky enough to know some really talented people, and even luckier to get the opportunity to work with some of them every once in a while. Here’s an excerpt from a map I am making for my brother-in-law that will hopefully be available in print soon. While I am not a cartographer–I only know rudimentary QGIS–I’m learning, and I really enjoy the design process and using the part of my brain that I used regularly during my previous career as an architect. I was reading up on Operations Research in the early 1950s, a time when human decision-making and automated/scientific decision-making were both seen as suspect in different ways. O.R. here was being positioned as an assemblage of the good parts of both, though I think that remains an open question… From “Our Greatest Secret Weapon” a piece about O.R. by Lieut. Col. David Parker (Aug. 5, 1951) in This Week. I originally came across the citation in Rational Action: The Sciences of Policy in Britain and America 1940-1960 by William Thomas, summarized here

Glad to finally say that the roundtable that I’ve been planning with Wes Attewell and Stuart Schrader has come together for the AAGs. In addition to the three of us, we’re extremely excited to have historian Monica Kim, Asian American Studies scholar (and author of the fantastic new book Rightlessness) A. Naomi Paik, and sociologist Tia Dafnos. To top it off, the inimitable (and AAG-overextended) Lisa Bhungalia will chair for us. It looks like it’s going to be a far-reaching and interesting discussion.

The objective of this panel session is to bring together a number of scholars who have been critically engaging with questions of public safety, counterinsurgency, and pacification. As counterinsurgency has been dubbed ‘armed social work’ (Kilcullen 2006) and pacification has been called the ‘conduct of sociological warfare,’ (c.f. Owens 2015; Mathias 2011) we are particularly interested in exploring how populations are enrolled in security practices that seek to build a framework for liberal governance under the threat of violence, detainment, denial of aid, and amplified police power. At root, our discussion will explore the many tensions between wars to destroy and wars to build. These frictions trace across a number of different dimensions including the colonial and metropolitan, as well as the historical and contemporary. The panel will thus serve as an opportunity to synthesize a number of different conversations that are currently happening across several academic disciplines (geography, American studies, international relations, history, etc.) and to tentatively hash out a more coherent research agenda that can structure future work.

I recently had a discussion with my department chair, and after I mentioned that I would love to teach an undergraduate course that centered on histories of technology (and STS more broadly), he expressed interest. Even though this is only in the early stages of planning (I wouldn’t teach it for over a year), today I am nonetheless daydreaming about what the syllabus would cover, what readings we’d do, and mapping out interactive projects for the students. 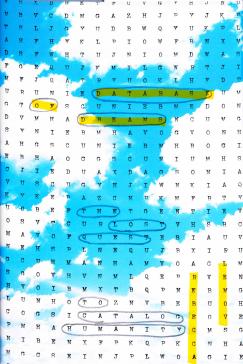 I finally sent off my abstract for the AAGs. For the paper I will have to dig a bit more into a small section of my dissertation that, having recently read Rebecca Lemov’s Database of Dreams and How Reason Lost its Mind (a book she wrote with Paul Erickson, Judy L. Klein, Lorraine Daston, Thomas Sturm, and Michael D. Gordin), I want to return to and expand.

The Korean War saw the capture of enemies on the battlefield become far more meaningful than simply the removal of a body from the field of war. During the conflict, the detainee body circulated in a suite of mediated spaces: in international law, at the negotiating table at the Panmunjom armistice meetings, in newspapers, and as a dynamic subject in a host of military doctrinal revisions. This period also corresponds with the emergence of a flurry of social scientific research that sought to unleash the power of rationality and modern science on complex and unruly systems. Indeed, these two narratives are intertwined, as one of the central ways that the American military came to know the cultural landscape of the Cold War enemy was through social and behavioral scientists’ use of wartime detainees as entries in a living database, and war prison space itself as a research laboratory.

In this paper, I detail a series of studies produced by teams of scientists that were dispatched to the Korean War camps to interview both prisoners and combatants, using cutting-edge research methods to generate recommendations about managing the often-disorderly practice of apprehending prisoners. As the case studies here suggest, these scholars became an integral part of the fledgling Cold War military-industrial-academic complex, and in the Korean war prisons they sought not only to calculate and quantify the vagaries of the battlefield, but also to repackage them as governable spaces that neatly reproduced the structure of a clear bipolar geopolitical narrative.

Looks like I’ll be participating in this set of papers on Geography, War, and the Human Sciences (organized by Elliott Child, Matthew Farish, & Trevor Barnes) at the AAGs this spring:

With these sessions, we hope to strengthen the ties between two strands of scholarship. On the one hand, over the past two decades, geographers have contributed extensively to the nascent field of critical military studies. Much of this work has focused on the imaginative geographies and geopolitics of the U.S.-led ‘War on Terror’, and also on the relationship between geographical knowledge and the older American ‘military-industrial-academic complex’. On the other hand, during the same period, historians, anthropologists, and others from science and technology studies have carefully investigated the entanglements of militaries and the human or social sciences during the middle decades of the twentieth century, teasing out stories of military patronage and illuminating sites and networks of knowledge-production, training and experimentation

Drawing these inquiries together promises to push both histories of the human sciences and histories of geography in new directions, with additional consequences for critical military studies. Specifically, as we pursue more-than-disciplinary histories of geography, we hope to further consider the ‘geographies’ at stake in the military consideration of the ‘social’ and the ‘human’, within and beyond the United States. What geographies have animated the military human sciences, and how has geographical knowledge, in turn, been shaped by the growth of security states, demands for global and regional intelligence, and the massive sphere of defense science and contracting?

We welcome papers on the following themes: